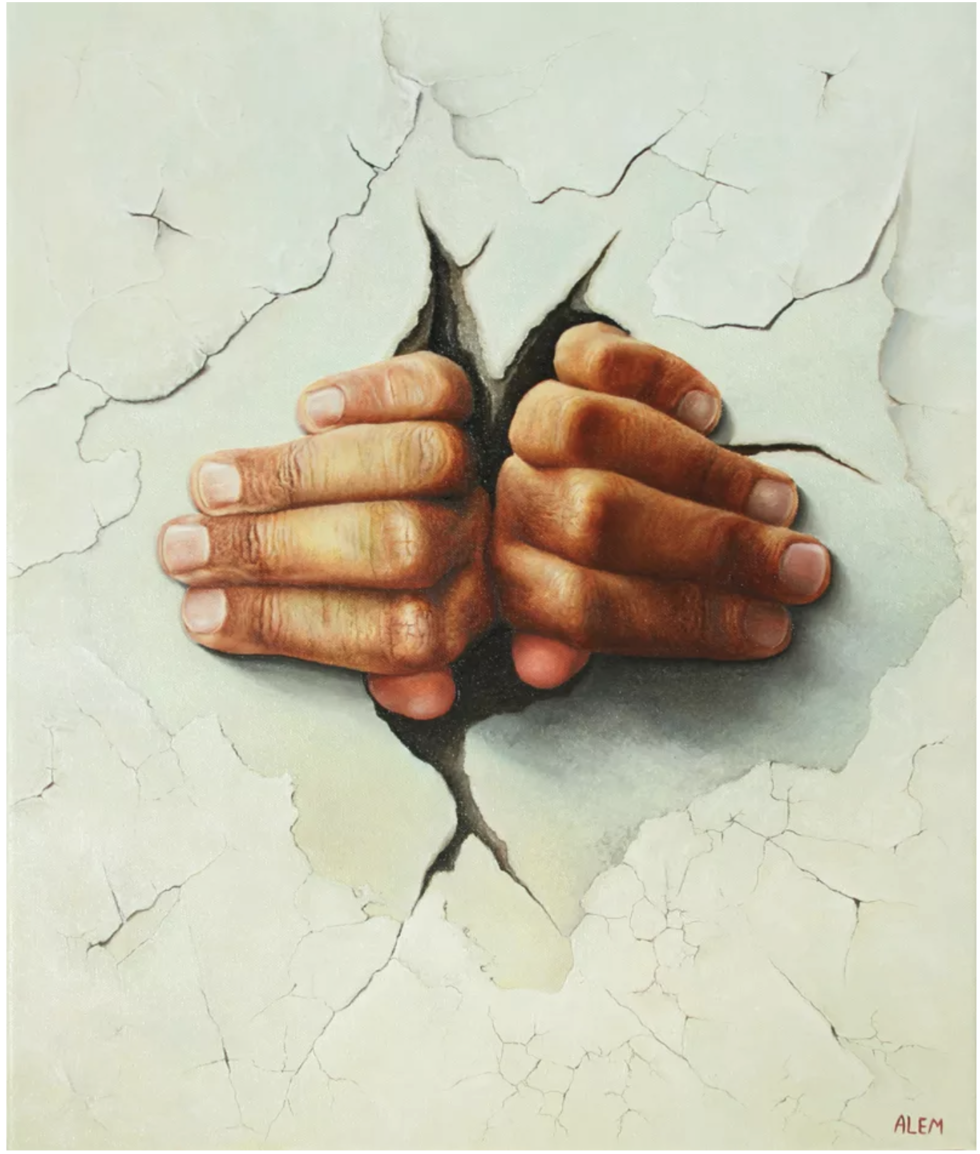 A different view on patriarchy

A paradigm that can mobilize more men to act against it

Until today, great leadership is often associated with hyper-masculine qualities such as dominance, competitiveness, assertiveness and binary thinking which are all qualities that reinforce hierarchy and patriarchal structures.

Patriarchy is an age-old structure that has been near universal across continents, cultures and eras.

Most people know that patriarchy favors men and hence the assumption is often, that men are the beneficiaries of patriarchy. This assumption easily leads to the simplistic conclusion that Gender Equity is not advancing in the world because men are not willing to give up their privileges granted by a patriarchal system.

In this article, I invite you to explore a different perspective and after reading the arguments, you can freely decide if you find them pertinent.

To start with, let’s clarify that the opposite – and hence the solution – to patriarchy is not matriarchy and not even kyriarchy*.

Matriarchy: a social system in which women hold the power in politics, economy and social life

Kyriarchy: a social system beyond gender built on domination, oppression and submission

Both matriarchy and kyriarchy are similarly hierarchical and dominant structures that practice power-over others… it’s just that the people having power change and with them the people being submitted, oppressed and exploited.

With this in mind, the opposite of patriarchy (as well as matriarchy and kyriarchy) is democracy:

a system that is built on respect, choice, shared power and solidarity. A system in which everybody’s voice is listened to – not necessarily agreed with but listened to and taken into consideration. Democratic systems invite divergent thinking and do have conflict situations, however these are handled in a non-violent way.

So, what exactly is a patriarchal culture?

Culture is often explained by the analogy of fish swimming in water: they are so used to it, adapted to it and part of it that they do not even realize they are in it.

Culture is the amalgamation of mostly unspoken structures that exist within a society: created by the people in power, solidified by institutions and processes and maintained through all those who adhere (enthusiastically, blindly or reluctantly) to the rules of the game.

Patriarchy is a framework that has 4 main underlying principles:

Challenging the traditional roles in patriarchy

As we recognize these 4 fundamental principles of patriarchy, what if we considered that girls and women are not the only victims of patriarchy?

What comes up for you at the thought that boys and men are not only privileged by patriarchy and conditioned to be oppressors but that simultaneously they are also oppressed by the very structure that elevates them?

Are you feeling bewildered and confused at this thought? Do you feel shocked and appalled at hearing such an outrageous idea? Is there some anger coming up and a wish to respect the hardship of women?

Is there a feeling of indignation at the thought of seeing men as victims? Is this a provocative thought because it takes away from the masculinity and agency of men?

Whatever comes up, I invite you to just notice it with kindness and curiosity.

Risks of recognizing the complexity of roles of women and men

I do recognize that stating that men and women both occupy complex roles within the patriarchal system bears several risks:

If adopted as a main focus point, all of the above-named risks distort reality and the fact that girls and women are the group that is most demeaned, devalued, infantilized, violated, made powerless and worthless through patriarchy.

When we live in domination systems, we play one of two roles:

With this, we are programmed to control or obey (independently of our gender and identity) and it is uncanny how easily we switch and adapt to both roles depending on the power dynamics of a given situation.

Thus, it becomes clear that domination (power-over) creates oppression, trauma and victims who are acted upon against their will, having to passively endure what is happening to them instead of having choice and control to influence situations towards their own wellbeing.

And this is the very definition of trauma: the experience of powerlessness and humiliation, having no resources and / or capacity to influence a situation towards our own wellbeing, often accompanied by strong feelings of fear and shame, frequently resulting in powerless rage against self or others.

With this, trauma is both effect and cause of domination.

Differences in how patriarchy traumatizes women and men

It is fairly well-known how girls and women are disadvantaged and traumatized by patriarchy, including the pain of:

Let’s have a look at the ways that patriarchy hurts and traumatizes boys and men, in particular during the childhood years when boys are being trained and socialized to develop dominant and predatory behavior:

Patriarchy wounds both girls and boys who then carry this trauma into adulthood, buried in their subconscious, acting out when triggered by events that touch on the original pain.

Complex dynamics of oppressor and oppressed

When speaking of trauma between, the general view is that women are victims and men are perpetrators. While this is true in many cases, it reduces people to stereotypes and ignores that reality is often more nuanced and complex.

I invite you to consider that women and men are both

The complex dynamics of oppressor/oppressed plays itself out in a maze of intersections and interactions of oppressions based on gender, race, class, sexual orientation, age, and ability. This means, that virtually everyone experiences oppression in some way, almost everyone also has access to some type of power and privilege and to one or more roles as oppressor.

While it is bitter to recognize that both men and women are being oppressed and able to act in oppressive ways, this understanding also opens up a window of possibility: the seed of possibility lies in embracing our common humanity and stepping into our personal power and agency to consciously choose a collaborative approach to power (also called power-with).

A skewed message of Mainstream Feminism

The mainstream message of Feminism and Gender Equity is to encourage men to act as allies and advocates, which again reinforces the masculine code of doing, saving and fixing. This view is skewed and does not take into account the complexity of the situation, recognizing that boys and men are deeply wounded by patriarchy with lasting effects on their wellbeing.

When we are able to name that patriarchy is wounding not only girls and women but also boys and men, we can start building a new awareness that Gender Equity is not a zero-sum game but a win-win movement that serves both women and men.

An increased ability and acceptance of seeing men also as victims of patriarchy opens us up to a different movement of Gender Equity: a movement that

A new kind of dialogue

Such a change in perspective, could start a new kind of dialogue in which both women and men are equal partners and allies. The birth of such a dialogue would build on the Buddhist teaching of turning poison into medicine ( 変毒為薬,hendoku-iyaku in Japanese) and nurture a culture that changes domination and oppression into collaboration and solidarity.

Doing this work happens on a personal level of changing the cycle of domination and oppression, and stepping into our wholeness and personal power. The result of this work influences also the collective: changing the legacy that was passed down to us from generation to generation and stopping its harmful perpetuation to our daughters and sons. With this, we are empowered to heal intergenerational wounds and trauma, contributing to a world in which girls and women have access to their personal power and boys and men to their emotions.

Patriarchy hurts everybody, on the level of the individual, the family, the community, the organization, the nation and the world. Organizations that actively work on dismantling patriarchal structures, will not only create inclusive cultures that allow everyone to thrive, they also contribute to bringing this change through their people to the communities and families.

Challenging patriarchy is not only in line with, but also an essential component of Inclusive Leadership.

Does this article resonate with you?

Here are some ways I can support you and your organization:

Get Individual leadership coaching with Beatrix

Deepen and accelerate your learning with one-on-one coaching with Beatrix. Identify and transform patterns and learn new tools that will help you to practice Inclusive Leadership at Work & Home and effectively work with people across differences in identity, experience and power.

Get group coaching with Beatrix

Team coaching is a mid-term process with regular sessions that support a team in an individualized way to improve both the improvement of task-execution as well as the collaborative alliance within the team. The process supports teams to become more cohesive, increase their ability to problem-solve and become more competent in transforming overt and covert conflicts.

Sessions are customized to your needs and can be delivered in 90-minutes to 3 hours.

Inquire about Webinars and Workshops here.

Get support with Organizational Consulting